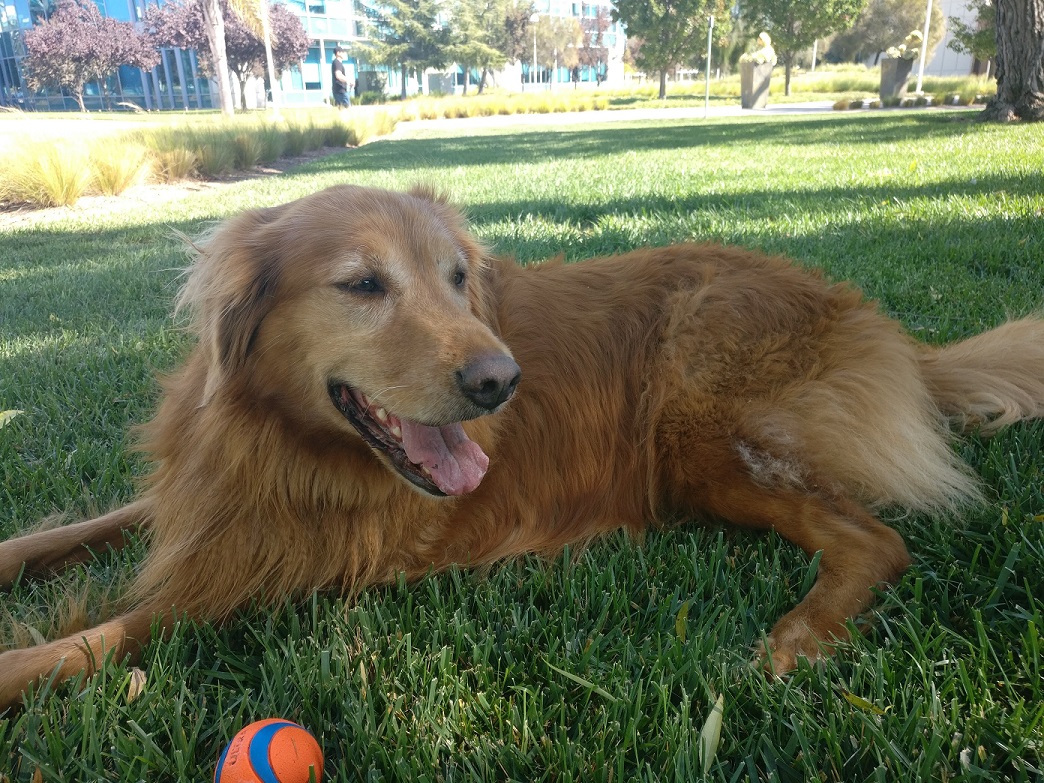 Let me share my experience of choosing pet insurance for my Golden Retriever named Brenda, living in San Francisco Bay Area, California. Brenda was almost 8 years old when I finally realised that I have done enough thinking and evaluating and should be ready to make a decision. I am a person who tends to overthink financial decisions, especially big ones. Having worked as a data analyst for many years, I am very aware of how assumptions and nuances could have a big difference in the final numbers. I do like to think things through to make sure I am not missing anything, but eventually you do have to make a decision. So let’s talk about numbers

Is it worth it?

Pet Insurance I have purchased cost about $1000 per year. If my Golden Retriever Brenda lives to an average age for the breed, 12 years, this is going to be a $4000 investment. I, of course, hope that she lives longer. Very few, but some Goldens live to be 14-15 years old, and stay in good health and enjoy their lives. If Brenda lives to 15, pet insurance investment would add up to at least $7,000. The above estimates assume that my monthly premiums would not increase. This is not a correct assumption - pet insurance premiums increase with the age of the dog in most plans and change if you move to an area where cost of living is different. All pet insurance companies reserve the right to increase premiums if the cost of veterinary care rises. On the other hand, if I put my emotions aside for a moment and focus on statistics - my Golden is not very likely to live to be 15 (yeah… I am still hoping.) So for the purpose of my decision making I will say that the total cost of pet insurance for me is going to be $4000 - $7000. This is a lot of money. Is it worth it? It is for me - read on to learn why.

Brenda is pretty healthy. She had many ear infections, so those would be considered a pre-existing condition and no pet insurance company covers that. But ear infections are pretty cheap to treat and are not the reason I am buying pet insurance. It’s chronic and life-threatening expensive to treat illnesses that I am concerned about. The biggest scare I had so far was infection she got from a tick bite. She had a very high fever and was hospitalised for two days. The infection is more common on the east coast and it took many tests, including MRI (what if she swallowed something that’s hurting her internal organs), to figure it out. Brenda’s blood work was sent to a university on the east coast to confirm diagnosis. Luckily, it was successfully treated with antibiotics and Brenda was back to being her cheerful self in 3 days. The total bill was about $2000 and I paid it out of pocket because I still was not sure what kind of pet insurance I wanted.

What I really want...

Well… I know what kind of pet insurance I want. I want it to be very affordable, $25-$40 per month, and cover all veterinary expenses for all possible illnesses, including pre-existing conditions, and also to cover routine check-ups and flea and heartworm medications. But that’s just not going to happen - if any pet insurance company attempted that they would be out of business within a year or two (and Department of Insurance would never allow it because they audit rates and oversee insurance companies financial stability.)

One of the reasons I have waited for so long is that pet insurance plans kept improving. Pet insurance now covers most illnesses, including the most expensive ones to treat - cancer and cardiovascular conditions. The rate of cancer is about 60% in Golden Retrievers according to a report by CBS news, one of the highest in the dog world. The cost of diagnostics, treatment, and medications can add up to over $12,000 in a year 1. I would rather pay $4000 - $7000 over a period of 4 to 7 years, than pay $12,000 in a year if my Golden gets seriously ill. My main reason for buying pet insurance is to make sure that if something happens, the decision about Brenda’s life will be based on science and veterinary medicine, not on my savings account balance.

That said, I have been pretty disciplined about keeping a healthy savings account balance and planning to keep it that way. So I can afford a higher deductible, which equals lower premiums. For a plan with $200 deductible, I would pay $170-$190 in monthly premiums 2, while the same plans with $1000 deductible would cost $65-$85 per month. Even if my Golden gets an unexpected veterinary bill of over $1000 each year (the worst case scenario where I have to pay my full deductible with both plans), it would still be a savings of about $450 per year, $1800-$3150 over lifetime. In a year when she is healthy I would save about $1200 in premiums with a higher deductible. Don’t have $1000 in savings account? -- you might have to opt for lower deductible, but it will cost you in the long run. Maybe start saving and change deductible later, most plans would allow you to switch to a higher deductible (but not lower) even if your dog develops pre-existing condition while on the plan with lower deductible.

You could also save on monthly premiums if you opt for higher co-insurance. For example, 30% co-insurance (70% coverage) would cost $45-$55 per month. It would result in $240-$360 less in premiums per year, $950-$2500 over lifetime, compared to 10% co-insurance (90% coverage) given the same $1000 deductible and no annual limits. I, however, feel much less comfortable with higher co-insurance than with higher deductible. The main reason is that deductible is set in absolute dollars, while amount of co-insurance is unknown because it depends on the total cost of treatment that veterinarian recommends. What if my Golden Retreiver needs a $20,000 worth of treatment? That would mean $6000 out of pocket for a 30% co-insurance plan. That is a considerable amount of money. That would put me in a very uncomfortable situation where I would have to make a very difficult decision - save my dog or make sure I am financially sensible. I do not want to be in such a situation and absolutely willing to pay extra in pet insurance premiums to avoid this risk. And yes, $20,000 in vet bills per year would fall into the most expensive "1%" of all the possible scenarios, but that’s what insurance is really for - that unlikely and very unlucky possibility that would cost you a lot. The lowest co-insurance common on the market right now is 10%. Plans with 0% co-insurance (100% of coverage) have been recently introduced, but those plans have low annual limits and additional exclusions on illnesses and services they’d cover. I will be watching those plans and will report if situation changes

My approach to annual limit is similar to my approach to co-insurance. I love my Golden and would sell my house to give her a few more years of life. And, from a financial perspective, it would be a very irresponsible decision. There are people who are able to keep a clear head in critical situations and would say that “the dog had a good life and it’s just that now her time has come.” Fortunately or unfortunately, my personality is different - I can not afford an annual limit. I want an unlimited plan or the one with a high limit that exceeds the threshold for even the top 5% of most expensive veterinary treatments. Living in San Francisco Bay Area, one of the most expensive cost of living areas, I am also concerned that national averages in annual limits might be too low for me.

Most of the complexities of pet insurance plans come from the details of illnesses and services they include and exclude from their coverage. There are many variations. Some plans exclude inexpensive but common parts of the treatment, such as cost of boarding at the hospital ($50 per night.) Others exclude more expensive ones, like an ambulance service. I am more comfortable with expected, but low cost exclusions than with unexpected expensive ones. But people (and dogs) are different and your comfort level might be different. 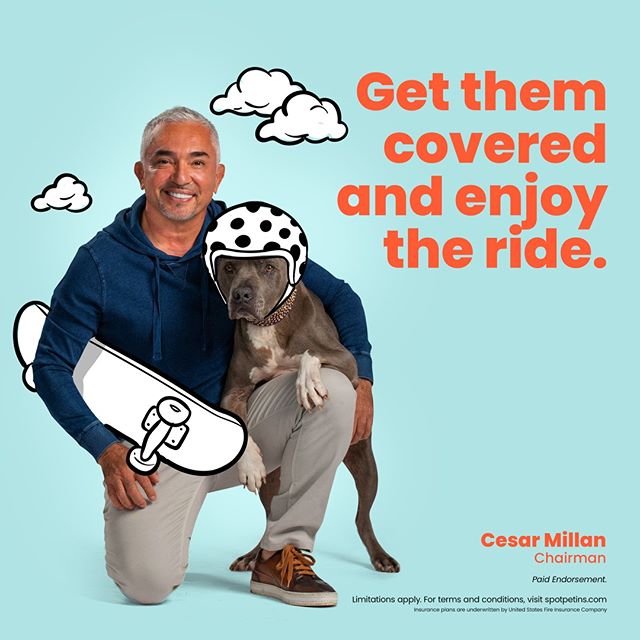 In summary, the right pet insurance for me and my Golden Retriever is:

I hope my thought process was helpful to you and invite you to think through (well, maybe not for as long as I have) all the alternatives and make a decision based on your personality, financial situation, and your dog’s health. Check out our top 10 pet insurance companies ratings to learn more about available pet insurance plans.

1 PetMD, What’s the Treatment for Cancer in Dogs? Is There a Cure?
2 Sited premium amounts are based on 8 year old Golden Retriever in San Francisco Bay Area, California, as of 1/30/2020. Younger dog, healthier breed, and less expensive location would result in much lower premiums.